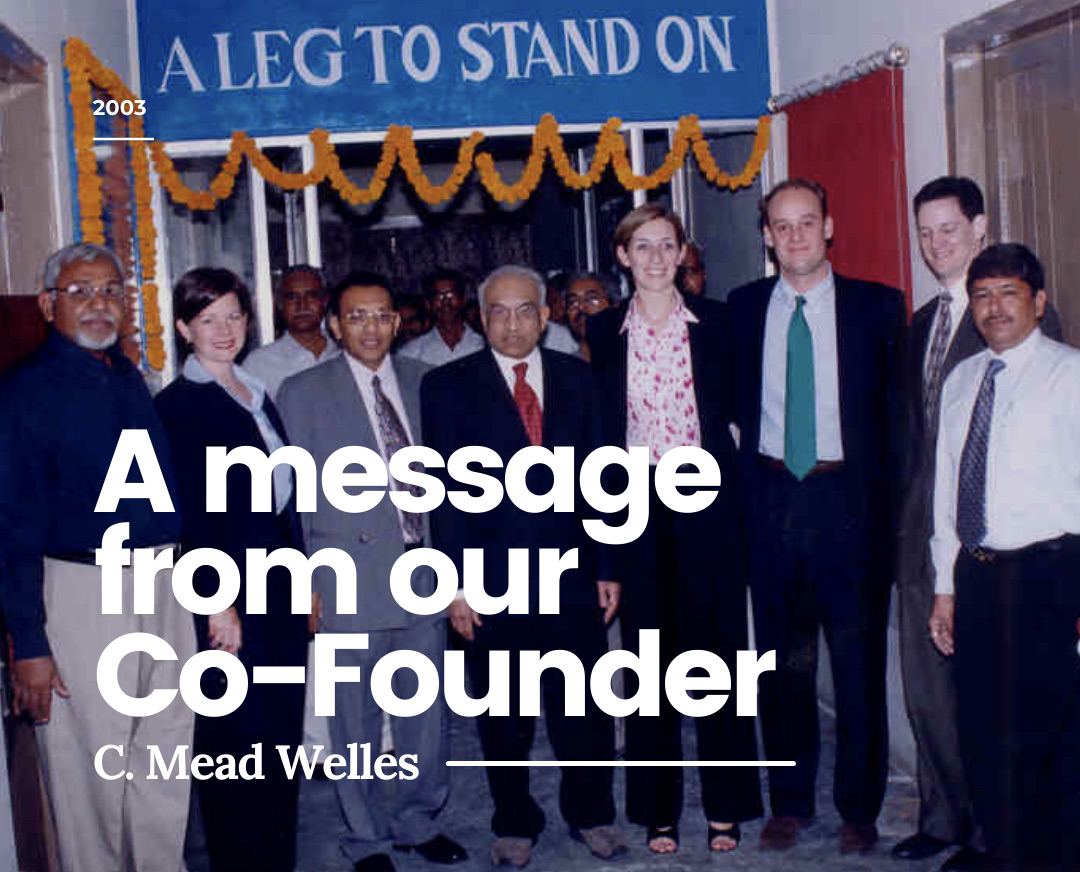 While in Indonesia in the late 1990’s, I was eating dinner on the patio of a restaurant. I was so tired, having just spent the last two days fighting long lines at airports and customs, and lugging my baggage from hotel-to-hotel in a whirlwind business tour of four countries. I found myself thinking about how hard I thought I had it.

Then I saw 3 young boys. Two of them were pulling a rope that was tied to the lid of a garbage can. The third boy was sitting on the lid. They were begging for money. They were skinny, they were dirty and they were obviously exhausted. Suddenly I noticed that the boy being pulled had a horrifically deformed leg. It was clear that before sitting on the lid, he had been walking on his stubbed limb — it was raw and bleeding, and he couldn’t stand on it any longer. His knuckles were in the same condition, which told me he’d been pulling himself around on the lid. I sat there motionless as the three boys passed by.

I went up to my hotel room after dinner and sat on my bed. While I had been complaining to myself about how hard I thought I had it, I failed to recognize how lucky I was to have the life I did. The personal sacrifices and physical hardships I was experiencing were not only my own choice… they really were so very, very trivial.

I was paralyzed with sadness. I could only imagine the pain the child living with a disability had to go through every day, every minute, every second of his life. I was awed by the other two boys – impoverished beyond anything I’d ever seen – still took care of their disabled friend. And I was ashamed of myself because I could have easily taken that child to a local hospital and for under a thousand dollars, (which I could have charged on my credit card), given that child a new life… but I didn’t.

I couldn’t sit motionless any longer while children suffered horribly because they didn’t have limbs. I vowed on that day that I would never look away again and that I would devote myself to creating a vehicle to bring the resources to the need and give prosthetic arms and legs to these beautiful children without limbs.

Now, 21 years later, I am humbled by your support that has helped provide nearly 20,000 children with the transformative treatment they need to be independently mobile -- thank you for changing lives.

Please consider becoming a member of our CoolKids Club with a monthly commitment of any amount. Your support will give a child whose family cannot afford care the tools to thrive independently.

If you're not ready to make a recurring donation, a one-time $10 donation will provide a critical check-up to a CoolKid in need of a repair or adjustment to their existing device.

Thank you for joining me in changing lives.