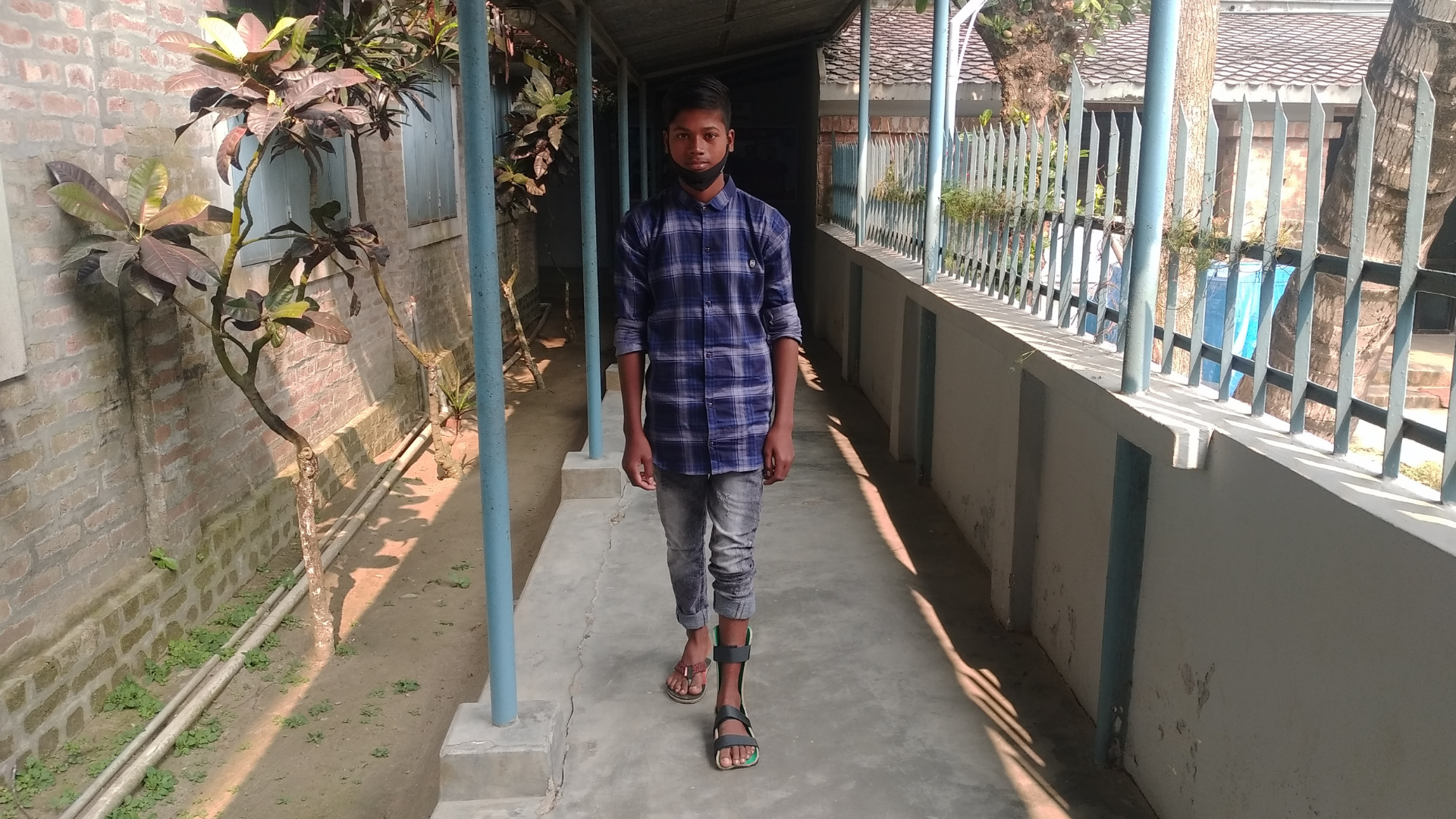 When a young Ashik was learning how to walk he struggled immensely. As he grew, the problem only became more visible and painful.

Ashik's Uncle recognized the markers of clubfoot and realized it was possible for his nephew to walk one day, if he simply received the treatment he needed at the local hospital.

Unfortunately, Ashik was the youngest of three, born into a family of farmers who lived severely below the poverty line. They did not have the resources, or the time, to take Ashik to the doctor.

Meanwhile, Ashik continued to grow, feeling more humiliated and hopeless with each passing day. His classmates excluded him, bullying him relentlessly, and his limited mobility made it a struggle for him to help his family on the farm.

Last year, with his Uncle's hopeful words long ago memorialized in his brain, a 14 year old Ashik took matters into his own hands.

Ashik went alone to his Uncle's home and begged him to bring him to the doctor. Of course, Ashik's Uncle could not say no to his nephew.

At our program with Impact Foundation Bangladesh, Ashik was formally diagnosed with clubfoot. A plan was put in place by his doctors - Ashik would need an operation, and multiple followup orthotic braces to eventually correct his clubfoot. Thanks to your support, we were able to provide the orthotic braces Ashik needed to gain his mobility.

Months later and Ashik now walks freely and comfortably, a day he has been waiting for for over 12 years. For the first time in his life, Ashik no longer dreads going to school and his hopes for the future are one step closer within reach.

That is the difference mobility makes, all thanks to your continued support.